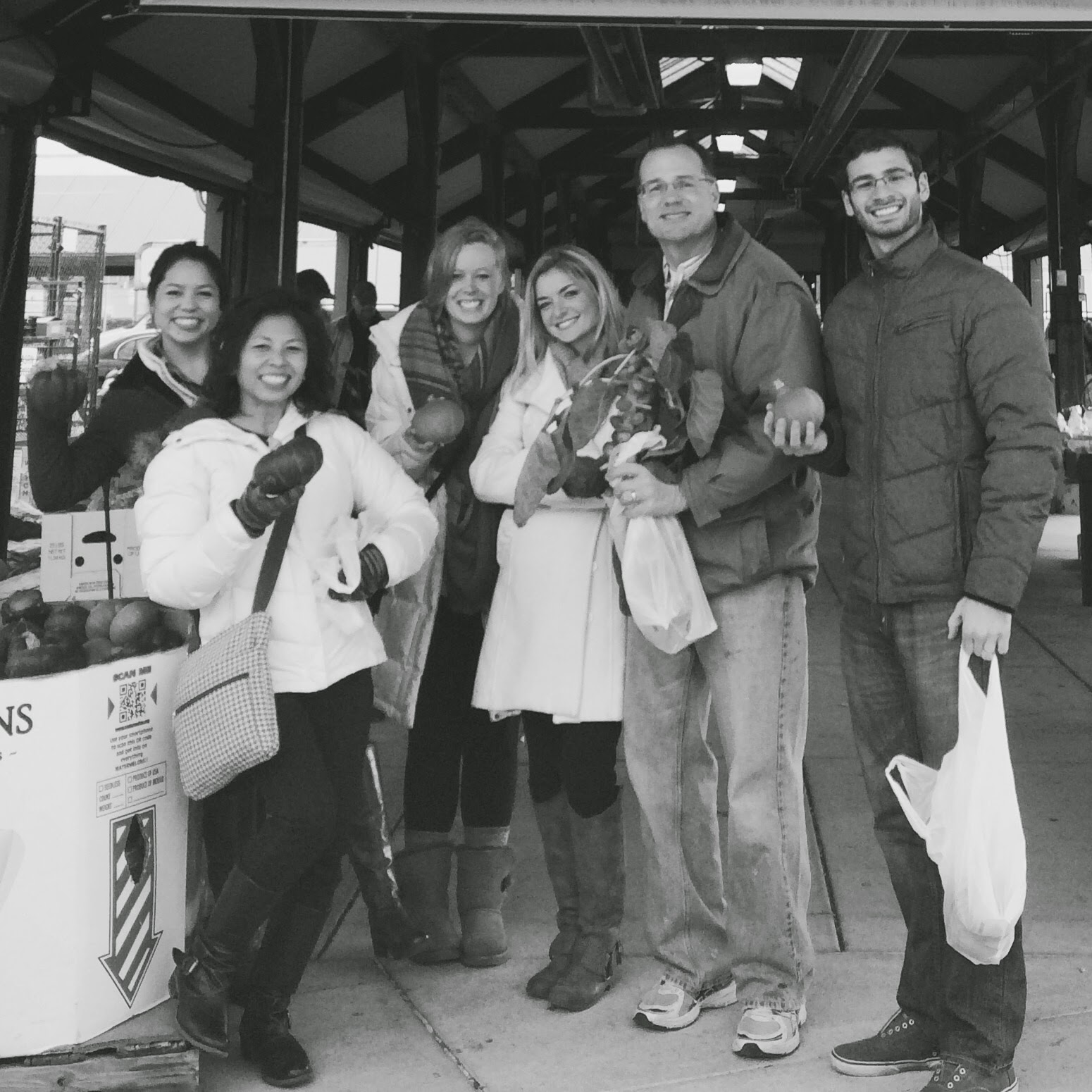 I cannot describe the void in my heart right now.  Last night, one of the warmest and most joyful people I have ever known was killed in a car accident.

I read a book by John Green once, in which the plot is divided into the Before and the After.

I prayed to God every day that it would be a long time before I had to live in an After.

Dad, Brian, Mr. B.  My father in-law was known by many titles.  Within minutes of meeting someone, he would already be laughing and joking with them.  His zeal for life was genuine and his laughter, infectious.

I honestly don’t know where to begin.

He loved to fish.

There are three things in this world that dad cared about more than anything.  Fishing, family and his faith.  (Not in that order).

He loved to fish so much that he had a collapsible fishing pole that he would bring along on family trips “just in case”.  The first apartment my husband and I shared, there was a small decorative pond with a large, discouraging “No Fishing” sign. Every time he visited we were concerned that he’d be out there in his inner tube, unable to resist the temptation.

The morning of my wedding, he was up before dawn, unwilling to waste the opportunity that was offered by the lakeside house we had rented for the rehearsal.  He had stayed up well into the morning from the night previously enjoying time with family and friends.  He fished until he had to come home and put on his tux to go to the wedding.  He must have been exhausted that day, but the smile never left his face. 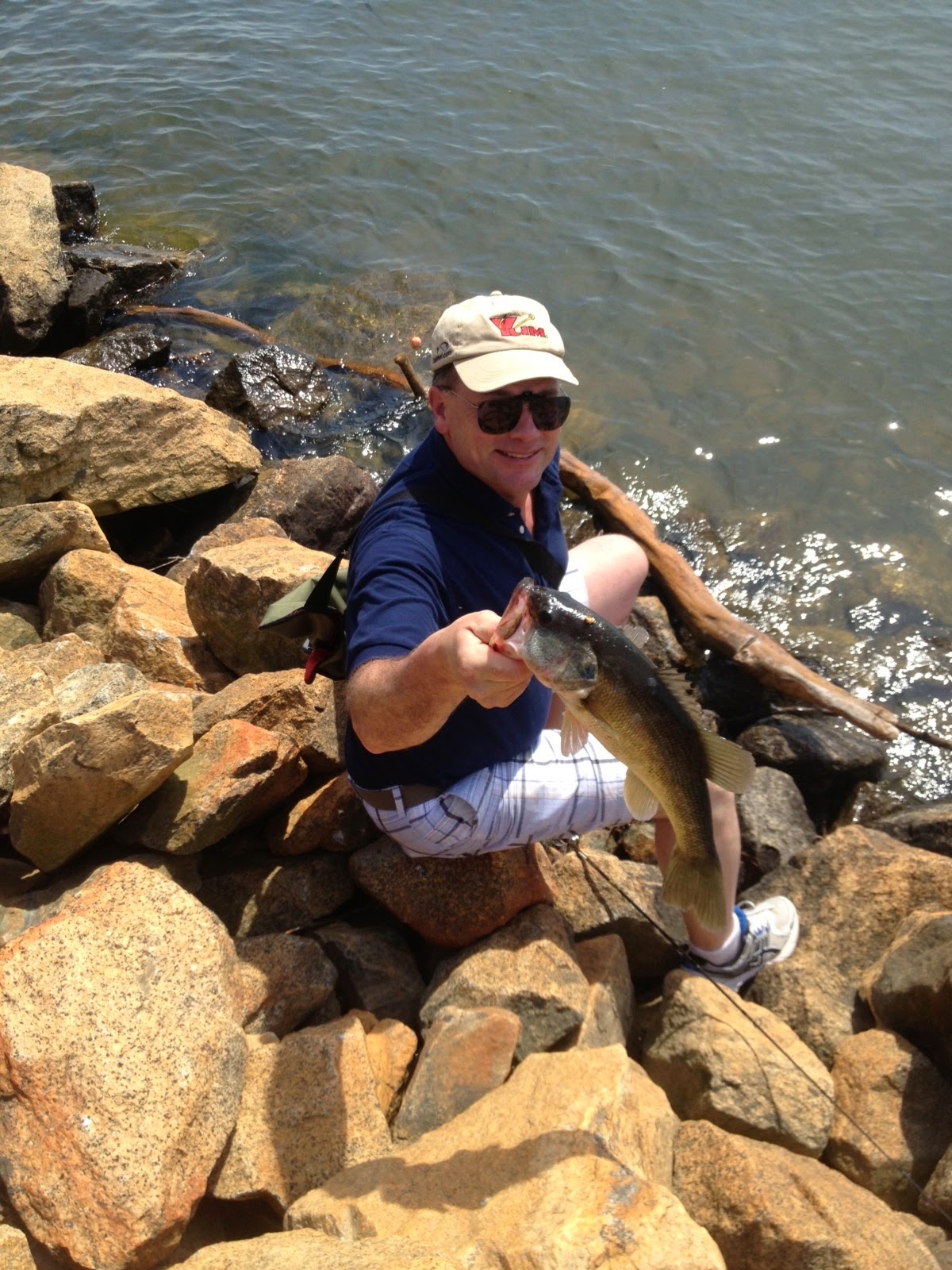 He loved his family.

He was never so happy as he was at the beginning of a long visit.  No matter how late we would arrive at home, he would be there, in the kitchen, to bellow “Nick and Katie are here!!!” as we clamored through the garage door.  I’m going to miss that so much more than I ever realized.  He always had plans for us and was so excited just to be around family.  The love that lives on in this family is a tribute to him.

While in med school, Nick and I didn’t get to spend nearly as much time as we wanted with our families.  With studying and everything else going on, it was impossible to commit the time to drive home whenever we wanted.  But Dad was never too busy to come see us.  Sometimes he would bring the whole family, sometimes it was just him.  He would jump into whatever car was available (even Nick’s old beat up Honda civic without air conditioning) and be there as soon as he could.  Sometimes we would visit for a weekend, but when time was tight, he would drive the four hours round trip just to hang out for dinner.  He never even hesitated.

He would drop anything for any one of us if only we needed his help.  But most importantly, he loved my mother in law.  Their marriage was a partnership that was based fully on unconditional love.  Mom would go out on the pontoon boat with him while he fished and he would go and see chick flicks with her.  After more than 25 years of marriage he still opened her car door, held her hand whenever he could and never missed an opportunity to tell her how much he loved her.  The marriage was an inspiration and I know that he loves her still.

He loved his Jesus.

Anytime we visited or he visited us, early in the quiet of the morning, I would find him, reading his bible or softly singing praises.  He never ceased to support us with prayer and encourage us in faith.  I know with absolute certainty that he is in heaven today.  Far better things are there for him.  I know he is laughing.

I feel hollow and empty.  Numb.  The world was certainly a better place for his presence in it.  But, luckily the world is not a worse place now that he’s gone.  He has left a legacy of love and joy.  I am so blessed by the time I got to know him.  And oh so thankful that I believe I will see him again one day.

I miss you.  I can’t believe you’re gone and I know it will be a long time before I stop feeling like you’re going to burst through the door at any minute with a hug and a funny story.

I really wanted you to be around for all of the big things.  For when Nick and I buy a house or have kids, or even get a puppy.   I wanted to show you my next painting… and I was really excited to give you your Christmas gift this year.

We wanted to buy a house with a pond, so that when you were retired you could come be with us and fish to your heart’s content.

There’s so much we wanted to do with you and give to you, because you were the best dad and father in law that we could have ever asked for.

But there’s nothing we were left wanting for… Thank you for everything that you have given us. You worked hard for your entire life to give all that you could to your family.  You provided your children with every opportunity you could and went above and beyond in generosity and love.

Thank you for all of the baked goods and wonderful vegetarian treats.  You always took such good care of me.

Thank you for all that you have shown us and taught us.

I love you.
-Katie

P.S. – Nick tells more of your jokes every day.  I tease him about it, but they never cease to make me chuckle. 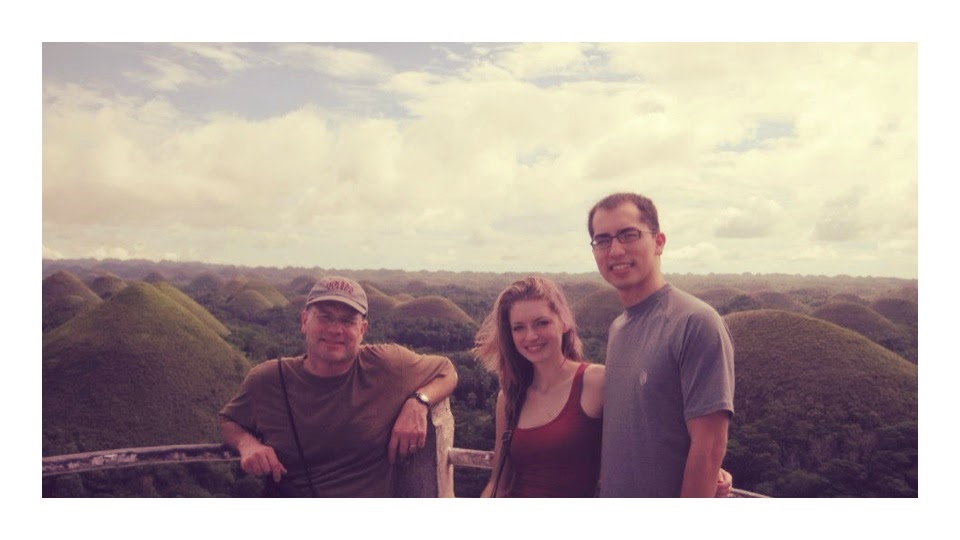